Tasha K is a Youtuber who has broken a few scandalous stories about many reality Tv stars and black celebrities she also had a story on your girl Wendy Williams the Gossip Queen of Radio who now has a long-standing Talk show on TV.

Tasha K did make videos before and it was not to out anyone maybe the tea she heard is not her own making maybe there is someone leaking info to the blogs I like Tasha K so I am not the one to say anything about how she vets her stories but it seems strange that anytime you put the truth out the celebs call you a blogger as if you just made up the story from thin air.

Apparently this Youtube has a lot of fans and her show Unwine with Tasha K is a great show to watch she is entertaining beautiful and we would love to be as successful as her on Youtube but we are happy with the community members.

The issue is when the show happened no response was made till Leake’s new show Launched Conversations and Cocktails and its a really interesting show even Dr. Jeff and Tamar have been guests on the show we are sure there is more to come. Nene did have Greg on her show and then put the information out the videos she is seeing online are not accurate at all but some believe this is just damage control for Nene Leakes we believe that the rumors could be true but lets us know your thoughts did Greg need an emotional relationship because he could not have sex with Nene or was this something Greg has always done on the Down low? 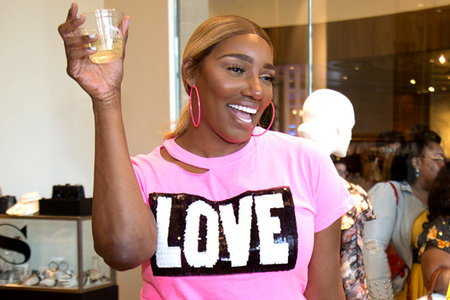 Now that the Cardi B Lawsuit is over and Tasha K  has been under fire for putting out news that actually had some truth to it she now has been talking about Nene Leake’s marriage is in question. Leakes claims she is not sure where the blogger gets her information but she got on her own Live Youtube channel to provide a response to the blogger who claims that Greg has a side woman and that Nene Leakes also had a sideman as well.

#Radiotubetv #Jaguar Wright #CliveDavis Jaguar Wright an American Neo-Soul singer who has worked with multiple artists and has some juicy stories to tell about...