Charlamagne the god  better watch his back!I only recognize one god and if Charlamagne was wouldn’t he be able to control the narrative?Last year there was a interview where Charlamagne said that Lakeith Stanfield could not rap due to a freestyle he did on social media. Lakeith Stanfield actor seen on “Get Out”  “Sorry to Bother You “and Sorry to bother you on Hulu and Judas and The Black  Messiah. The problem is last time we heard Charlamagne was running for his life when Baby of Cash Money Records demanded “Respect on his Name” so we know hes no gangsta! 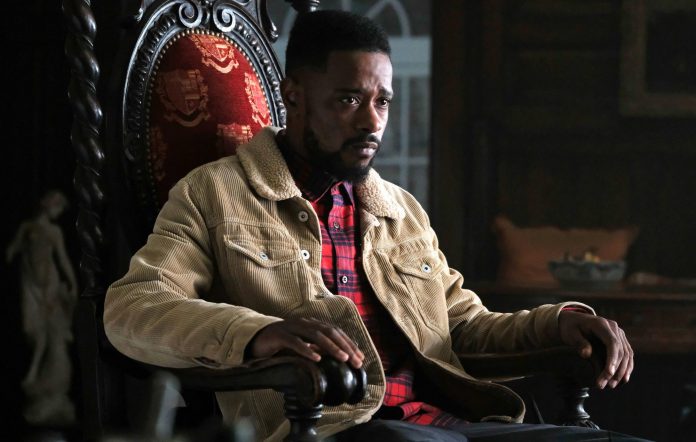 Charlamagne the god, for whatever reason doesnt like Lakeith Stanfield and the issue started when Stanfield portrayed Snoop Dogg in Straight out of Compton he then was in the movie Get out and then we have Judas And the Black Messiah well the character that he protrays is a snitch but Charlamagne cannot tell art from real life, he kept talking about Lakeith making jokes till it got real on social media. Why is it Charlamagne is allowed to do this in air? Many would love to  know it appears, that Charlamagne believes his life is in danger after Lakeith made post on IG after the Breakast Club host went in on his once again in 2021  stating he felt that he was actually the character of the judas and the black messiah!

It could be Charlamagnes,  days with Wendy Williams he wants the clicks in views so it could all be a set up to bring more eyes and controversary on the morning show, Since the internet has changed the game for radio maybe this is a way to keep the attention of course they still have top notch guests but the decline of the exclusiveness of being on the radio is not the only platform lets just say this the next time he sat down with his co star on two movies british  Daniel Kaluuya  of Judas in the Black Messiah portraying a key role of Fred Hampton the victim of O’nielwho later douced the kool-aid of the activist and later was found to be in cohootz with local Chicago  police and FBI operation under the supervision of J Edgar Hoover— of course Daniel was not having it, he said” Why you have Beef with  Lakeith  direct question to Charlamagne !!

Of course there was a fumble and a mumble from Charlamagne because of course there is no reason to be hating on on another no one really understand why he went after a guest the way he did but it happened and hes still working so his own radio station must agree with his actions and treatment of a follow entertainer.

The Breakfast club shock jock Charlamagne,  was mad about the statements made by Stanfield citing “Black Media outlets are not the only ones sensationlizing negative stories and not to help in anyway to improve the culture, at the end of the day the radio station is not there to set the values let alone make any race wake up thats what self developement is for this is real life and in real life some people just dont get along..

At the end ofthe day we are not on Charlamagnes side he went way to far and the lesson should be Quit Hating!

Larsa Pippen and Beaseley are Done and Now he Apolgizes to his Soon to be Ex-Wife and Child
July 3, 2021

Chet Hanks is Sueing His Black Girlfreind for $1 Million after Assault and Battery
May 22, 2021

J.Lo and Alex Rodriguez Broke Up …Now she is Dating Ben Affleck WTF
May 20, 2021

Vanessa Bryant Accused of Lying on Kobe Bryant Parents
May 20, 2021

A Man was Caught Trespassing at Meghan and Harrys Montecito Home
March 16, 2021

Piers Morgan Goes Off About Megan and Harry Interivew with Oprah CBS
March 11, 2021

Tekashi69 Surrounded Heckled and Chased out of Miami Restaurant
February 25, 2021

Dr. Umar Johnson Goes in On Judas and the Black Messiah
February 21, 2021

Cardi B. Goes Off About Fake Grammy Buying …Then She Gets Dragged
December 7, 2020

Cardi B. Goes Off About Fake Grammy Buying …Then She Gets Dragged