Now that Tekashi69 has been released he pretends that he doesn’t understand the snitch status at all I guess play dumb is in his DNA as a superstar so let’s just act like.. I wasn’t testifying that Cardi B and Jim Jones are Bloods and I snitched on the same people I did a lot of crimes with…

if I was Tekashi I am not sure being a rapper is in the cards because I lost my street creditability. Hernandez is the Donnie Brasco of this generation many believe he was an informant the whole time.

50 cent also had the nerve to act like it’s okay for Tekashi69 to snitch and come out and act like nothing happened too and some rappers and fans alike are side-eyeing the rap billionaire questioning why? 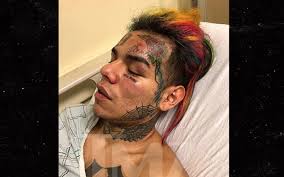 Many of these so-called boys went to jail for identical crimes but David Hernandez aka Tekashi gets off after a year or two in jail. Even his baby mother had some harsh words for the rapper she actually said he put their lives in danger during a VLAD TV interview after he was incarcerated

Jadakiss returns 2020 to show the youngsters whos the boss of all bosses in this rap game!