Celebrities like Rita Hayword Hanks and Idris Elbo and many more are saying they contracted the coronavirus but is this strange that so many celebrities would share this private information. Rhianna’s father said he had the corona and then he was later tweeting about how his daughter takes good care of him they have been talking more and more later but as soon as we heard about the alleged disease he caught it was found to be a lie! 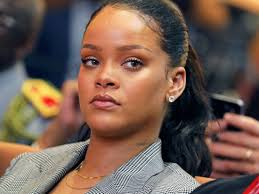 Rihanna’s dad Ronald Fenty, 66, ‘ He thought ,he would die’ after being stricken by coronavirus… and reveals worrying pop star sent him a ventilator.

Rhianna has been doing really good with her Fenty Beauty and she recently broke it off with her millionaire fiancee and has been spotted with Travis Scott Rhiannas has yet to announce a new album Rhianna is busy so fans should understand she is trying to expand her empire in 2019.

Mr. Fenty had a talent agency pretending it was run by himself and his daughter Rihanna but that soon was found to be a fraud. Social media was less than nice about her father using his daughter’s name and likeness instead of being honest that he did not have the connections he claimed he had the coronavirus he did receive a lot of symphonies but it could raise concern for many because this is the second lie he has been caught in the last was a talent agency now he is faking a serious disease or maybe he is like many people who have the flu and thinks they have the virus let us know your thoughts on this topic Should we ever listen to Rhianna’s dad again being he keeps lying?