Steve Aoki on Working With Maluma: 'We Wanted to Hypnotize People' 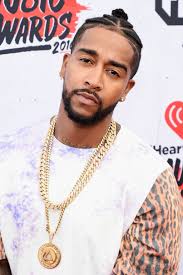 Omarion the B2K lead singer has had enough of Apryl and Fizz so now the home they live in will not be able to have the kids over with Fizz around.

Apryl Jones never married Omarion but she did have two children with the pop singer and now that the two have broken up she decided to date Fizz she did not care about what the public thought of it now she continues to go on a media tour on the Claudia Jordan show she did not answer if her and Fizz where together weeks after the story broke she cheated on Lil Fizz with rapper futures brother FB Baby goat she then was seen with a rapper name Czar was this to throw off Omarion?

Advertisement. Scroll to continue reading.
In this article: