Money Mayweather’s daughter has been arrested last week in Houston for stabbing NBA Young Boys baby mother It is a shock she is still not in jail but that is what happens when you come from money.

Floyd Mayweather‘s daughter, Iyanna, has been arrested for felony aggravated assault with a deadly weapon TMZ broke the story and since the assault took place lawyers believe that she is facing up to life in prison or at minimum a decade in Prison will there be a wedding or not maybe this was not worth it, why would you stab the mother of your potential stepchild?

TMZ reported that law enforcement sources said the alleged victim, Lapattra Lashai Jacobs, and rapper NBA YoungBoy were at his home when Mayweather arrived and told Jacobs that she was YoungBoy’s fiancee and Jacobs should leave the house. Jacobs then told Mayweather to leave. 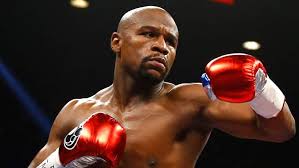 What happened that led to Iyanna Mayweather stabbing her fiancee NBA Young Boys Baby mother there is even videos online showing the aftermath of blood and then an appearance online of the one and only Iyanna Mayweather….well we did some research and this is what we have found out thus far…

Floyd Mayweather I Will Make $300 Million In 36 Minutes

Your item will be embedded here

Floyd Mayweather has made millions but it was a big surprise he had a daughter grown enough to get married. I wonder if this marriage will work out in the outrun. It is a shame to see a young girl go to jail but she should have a chance to prove her fidelity be going to counseling and paying restitution.

If Iyanna is behind bars then what is going to happen now well let’s see they laid it out let’s see what plays out next.

50 Cent ” Jealousy of Success is WHY My Son Turned Against ME!