Did you know that Earth Wind and Fire and the Isley Brothers will be going head to head on Sunday? Versus Battle is a app created by Timberland and Swizz Beats were rappers singers go head to head well if you thought it was just for the 2000’s singers and rappers and groups you are wrong! 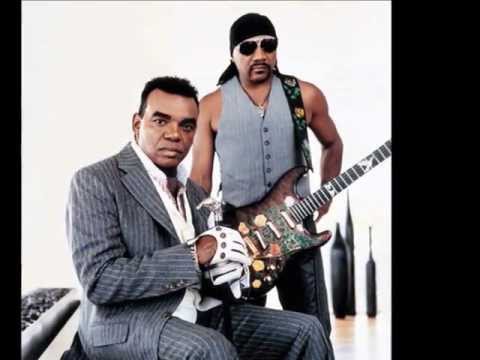 The Isley Brothers are known for back to back hits in the 50s and on and Earth Wind and Fire were also just as popular bothe groups shaped the sound of soul and r&b it is interesting that even today you can listen to their songs and it is exciting for some because many of us grow up listening to Isley and Earth Wind in Fire.


R Kelly reimagined Ronald Isley when he made the duet well after the scandal of Kelly urinating on women and also being married to Aaliyah at such a young age. Ronald Isley also has never stopped working on music he was seen on IG with Scott Scortch were he played his rifts of ballads as Isley sits back on his couch with versace 2 piece jumps suite sporting his gray bird still looking dapper.

Earth wind and Fire were a versatile group who mixed r&B, soul, pop, disco afro-pop and  jazz and were active since 1969 to present still selling out arenas ahead of their time.Known for their songs “Boogie Wonderland” and love songs you cant forget like “After the Love is Gone ”  and September still playing on the radio waves today!