Wack 100 love him or hate has been at odds with J. Prince for a while and now that Charleston White, a community youth activist turned content creator has now blown the lid of the so-called Mob Ties Houston Ex Rap a Lot owner who has brought out groups like the Geto Boys and many other top rappers in the early 90’s.

Charleston White has Exposed the Mobb Ties the Boogeyman is a Lie? 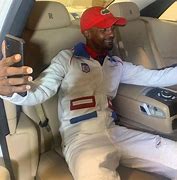 Charleston White Exposes J Prince, they are not running Dallas Just Houston and what has Mobb ties ever done for anyone anyway….

Former  teenage gang leader Charleston White managed to reinvent himself after serving jail time for his juvenile incarceration’s and turning his life around he is best know for being that older cat that will call the police on anyone who breaks the law.
Charleston is best known for his community activism but as of late he has crossed over into content creation offering a fresh look at the reality of gangs violence and pop culture icons like the Prince family, Wack 100 Gilly the Kid and even Hassan Campbell. 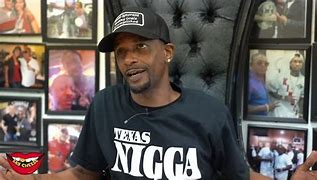 Now you know we had the courtesy Call on this channel back in the day, so we already know about J Prince we also seen what he said about Meg the Stallion and his partnership with her ex-label CEO, as of today we know what J Prince Said about Wack 100 vs Charleston White make sure to watch the video in its entirety we also have the information written about the death of Take Off.

Wack 100 redeemed himself now those that hate him love him for his honest concern and review of the Prince family and their Fed Ties because there has not been one arrest in this murder it begs to question if the Princes are who they say they are not the father but the sons maybe they are not built for this life if the killing  was a livewire. Many fans think it was set up because Takeoff was not involved in the argument and was used as a human shield.

Wack 100 said in a Clubhouse room that they checked in with J Prince and went to his Birthday party and didn’t check out because he was not protected he also pointed out that it was J Prince birthday, but he was sleeping at home with his eyes closed many didn’t buy the letter after analyzing the fact that the shooter has not been identified yet there may have been multiple shooters in the Bowling alley at the time.

Wack 100 is from California affiliated with the Peru Blood and famously affiliate with Suge Knight he has become a manager of rappers like The Game and Takashi 69 and Blueface his newest signee has a reality Show, Wack has also appeared on several Hip-Hop focused podcasts and has his own rooms on Clubhouse he runs on a daily, in other words he is winning!

Will the Prince Family attend the Atlanta Homecoming?

Well before the Takeoff death in Houston, J Prince and Wack have been going at one another and this issue has now come to a head because of the Mobb ties and checking in of Migos group problem is once they checked in to Houston Take Off checked out and died which means they can’t protect their guests at their own party according to Wack 100.

Jas Prince is with Christina Milian the ex girlfriend of Little Wayne and baby’s mother, Jas is the the son who wears the glasses and seems to be a little more friendly looking compared to his brother James Prince Jr, whom has been using the MOBB TIES moniker for a while many do not like how he walked around Take- Offs body it was much like the scene on Django Unchained  when Dr. Schultz shot a man making sure he was dead now to be clear there is a rumor Lil Cam is a goon for Mobb ties and he stil has not been caught he has been on Twitter trolling fans and love ones of the slain rapper Takeoff whose real name is Kirshnick Khari Ball.

Follow Charleston if you like his content on Instagram he does not have a YouTube page at this time he does interview on Massive Channels who have the numbers we are unsure if he is paid for the interviews or not but if he is it would be fine and dandy because he is a great mind that the youth should take heed to it!

Boosie Badazz Said he Didn’t Know Take-Off so why do the song about him then?   Take off has passed, and of course,  there...

PIMP C’s  Secret Tape that Broke the Internet in 2022 on YouTube channel  About six months ago I was browsing on YouTube looking for...