50 Cent claims that his success has made his son turn against him, sure success could turn someone against you if you treat their mother as a joke and drag her on social media put her business in the street.

The History of Hate and Anomocity Between father and Son

Comments like remembering” when I loved my firstborn” then he goes to say he wish Tekashi69 was his son after disowning his biological son publicly, fifty seems to not get that his son did not ask to be here as a father ultimately he is the one who should be there to make his son into a man.. even if we do not know the full details it’s obvious there will be no making up anytime soon between Fifty and his son Marquis Jackson a child he had before he was famous and owning his own label his own TV series plus more. Maybe in the pursuit of getting rich fifty doesn’t see the family is important because after all, he is your blood.

Shanika Tompkins, Marquis mother and fifty have spilled out online and offline and in the courts maybe if there is a reconciliation with the parents the child will follow and forgive him it is sad his father Curtis Jackson aka 50cent would try to speak bad about his own child but what do we know we are on the outside looking into the life of a celebrity.50 cent claims his son would pose in photos of people he thought as enemies and this may be in fifty’s eyes as a betrayal. Maybe the story in Power is about fifty i mean he did kill his own son in the show hypothetically not that he would in real life but it did spark concern with his fans that in the show he is at odds with his own son who later died at Cannon’s hands. 50 cent has always been a rag to riches story the In The Club rapper signed with Eminem and he had Dre’s beats he was a street king of independent mixtapes plus he had a story to tell he has become a working actor and he has a show Power he executive produces and stars as Cannon “Ghost’s” boy from high school he and his wife snitched on to take over the drug trafficking on the mean streets of New York. 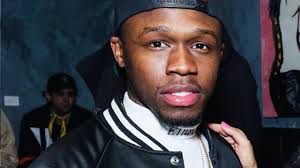 50 Cent has always been a character but what makes some of his fans mad is his inability to show love or empathy towards his baby mother.

In a new interview with Van Lathan for XXL, Fifty said, “His mom developed an entitlement that cannot be met, filtering that energy through his [Marquise] actual personal interests.”

The Price of Fame and Fortune

In the movie Get Rich or Die trying it was a beautiful relationship but when a man declares his goal is to get rich what about his family in all of this he laughed and made jokes when his wife was about to be evicted from her home and there was some back in forth with Rick Ross and  50 Cent, so let’s be honest that was a lot to go through- -At the end of the day how is it the child’s fault?

There’s no such thing as success without jealousy, without envy or entitlement,” 50 Cent said. “I didn’t think that success would cost me my firstborn, but it’s the situation it is.”

Jay-Z Has a Secret Daughter Reveals She Has DNA Proof!

Jadakiss returns 2020 to show the youngsters whos the boss of all bosses in this rap game!